Working at Heights with Solar Panels can be Risky

A solar panel installer has been convicted and fined $500,000 for safety breaches across multiple site in Victoria. Working at Heights with Solar Panels has proven to be very dangerous if not handled correctly.

The company was found guilty of five charges of failing to ensure, as far as reasonably practicable, that the workplace was safe and without risk to health. The company was also ordered to pay costs of $5613.

Three workers were installing a solar electrical system on a 4.5-metre high shed at Werribee South when one fell through a skylight to the concrete floor below.

The worker fractured his spine and pelvis and remained in hospital for more than a week.

WorkSafe found there was no perimeter guardrail on the roof or fall protection around the skylight. None of the workers were using a safety harness and a Safe Work Method Statement (SWMS) did not identify that there were skylights in the roof.

A WorkSafe investigation then revealed the company had engaged in unsafe practices at four locations. Rooftop solar installation sites at Cobram, Truganina, Newham and Corio in 2019. 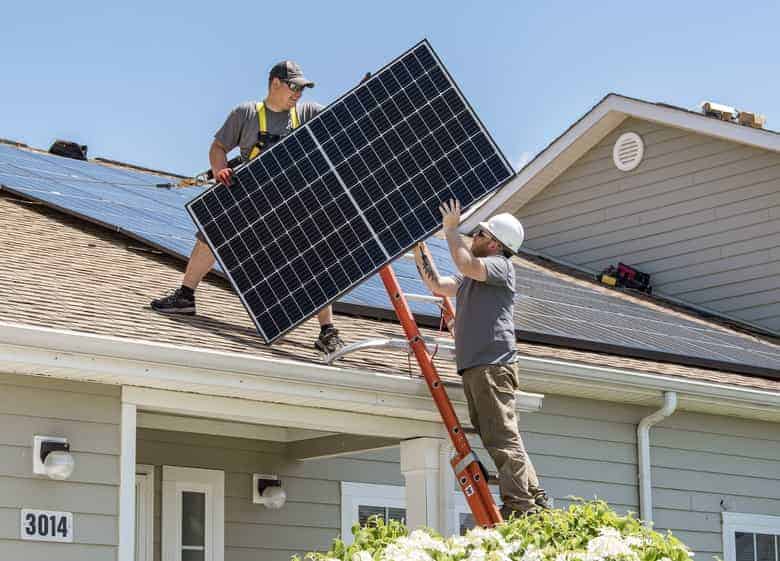 An unsecured portable ladder was used to access a shed roof at Cobram. The ladder slipped sideways while a worker was climbing down, causing them persistent back pain and shock.
Workers at a Truganina property alerted management that collapsing roof tiles were compromising their safety.

Despite Working at Heights with Solar Panels no SWMS were implemented. Workers were directed to keep working because the company needed the money.

Workers were denied use of a scissor lift to safely transport solar panels to the roof of a shed in Newham. They were instead directed to carry the panels up an unsecured extension ladder.

Harnesses worn by workers on a 10-metre high commercial shed at Corio were not connected to the roof. A perimeter guard-railing was not installed around the whole work area and the transparent sheeting on the roof was not covered.

WorkSafe Executive said the company had shown a continued disregard for its workers’ safety.

This case should serve as a wake-up call to any employer that thinks it can put profits above the safety of its workers.

Every employer has the responsibility to ensure they are doing everything they can to keep workers safe. When that doesn’t happen, WorkSafe can and will to take action.”

When Working at Heights employers can