Working at Heights Ticket – Prevention is better than cure

A Company in Geelong was fined $120,000 for unsafe worksite. Sandarra Electrics Pty Ltd was found guilty of exposing its workers to unnecessary risks at a residential construction site in Geelong. No one had a Working at Heights Ticket. 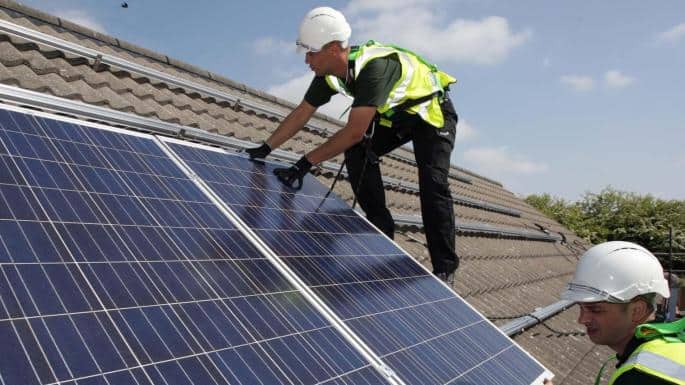 The company was convicted in the Geelong Magistrates’ Court on Friday of failing to eliminate or reduce the risk of a fall from height, as well as failing to prepare a Safe Work Method Statement for high risk construction work.

The two charges arose after Sandarra was contacted to install solar panels and electrical wiring. The two storey house at Belmont had a pitched roof. WorkSafe inspectors attending the property observed the company’s director standing on the first floor veranda roof without a harness. The court heard he was in charge of two other workers on the site; a first year apprentice and a man performing work experience.

The apprentice who did not have a Working at Heights Ticket was on the second storey roof wearing a harness. However it was not attached to any fall protection ropes and was being worn incorrectly.

The court was told the height from the ground to the top of the veranda was 2.5 metres. The second storey roof was approximately 5.5 metres.

Sandarra which is now in liquidation, had not prepared a Safe Work Method Statement as required where there is a risk of a person falling more than two metres. There was also no fall protection in place for an extension ladder being used to gain access to the roof and no evidence that a bracket attached to the ladder could stop it from falling, should it slip.

Sandarra later complied with an Improvement Notice by having all of its employees complete a working at height safety course, before the company was placed into liquidation in May 2019.

WorkSafe Executive Director of Health and Safety Julie Nielsen said failure to take a safety-first approach when installing solar could have deadly consequences.

“The combination of height and electricity calls for employers to be doubly cautious when it comes to the safety of workers installing solar systems,” she said.

“There is no excuse for failing to protect workers from the risks of falls from height or electrocution; they are well known and WorkSafe will not hesitate to prosecute employers who do not control them, even if no incident has occurred.”

Employers can also implement the following: